…why did you stop in the first place?

You ran out of gas, right?

What the hell people?!?! Why doesn’t anyone scavenge a damned bicycle in zombie movies? Huh?!?! Ask yourself this. You don’t need gas, you move faster than walking (or running too, if necessary) and if you find some of those Slime inserts, you don’t have to worry about flat tires. Even better, if you, for some reason you have to dismount, you can use the chain to fight and, worse case, through the bike at the zombies to futz them up and give you a running headstart.

Think about it? Its pretty dumb, isn’t it? Bikes can go places cars can’t. They move faster than walking/running and worst case, you  can pick the thing up and walk/run with it over/through otherwise unbikable terrain.

You can also modify it for the environment:

The Rippa – available at all participating S-Mart locations

The Archer – A fine piece of kit you could cobble together after one trip to Bass Pro Shop. (Thats another thing, bikes are quieter than cars! You guys starting to get the idea here? Bikes = survival. Cars = BS) 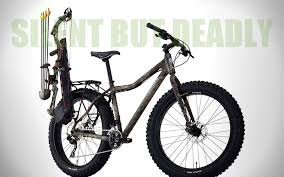 The JMT Told You So – See? Told you there was one you could take with you over odd terrain… 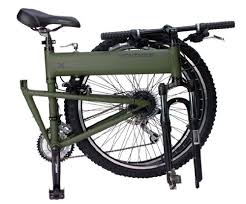 And The OMG! - This is just cool! No mounted guns, no knives, its not a bicycle, but it clearly articulates the simple message - 'Suck it,  Zombies!' (Assuming, of course, you have The JMT Told You So packed on your back for when you run out of gas!)

So…if you’re ever in a situation where the dead have collected around you and are making moves like they want to eat your brains... 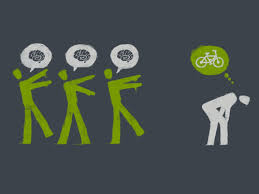 ...and knowing is half the battle.